One of Idaho’s smaller communities made a huge impression by transforming the world via television, novels, and sports.

Rigby, population 3,312, is the home of farm boy Philo T. Farnsworth who invented the small screen cathode ray tube. He later went on to help create radar and the telescope.

There is something in this farming hamlet’s clean air and fertile soil that combines to produce talented and creative people. Those efforts later put Rigby on the map; yet, despite the fame, the city maintains its small-town charm. Its population growth since 2000 has been just under 10 percent.

What Type Of Rigby Real Estate Are You Looking For?

Its success may all have something to do with its schools.

“There are about 21 students per teacher in Rigby,” reports the city.

A part of the Jefferson County School District, the city is home to three elementary schools one of which is named after Farnsworth. Rigby also has its own middle school and a high school.

The cost of living here makes it easy for residents to enjoy a life that inspired Farnsworth, Fisher, and Wilson. It also helps that homes prove affordable for families.

Currently, Realtor.com lists several single-family homes available for purchase. Among those are a two-bedroom, one bath home for only $69,500. There are also larger homes ranging in price from $105,000 for a three-bed two-bath home to $194,000 for a five-bedroom three-bath house for growing families. For those looking to make a larger investment and wanting to invest in the agriculture community, Rigby offers farm/ranch property for $749,000.

Once a family settles here, they will find the city offers a lot for the young and the young at heart. Every summer officials host bed racing down Main Street where four people push the bed while one person rides.

It would appear, there is a lot to do in this small town where much greatness is generated.

“There's much to see and do in Rigby! Our picturesque Main Street and neighborhoods are surrounded by natural wonders and a thriving downtown commercial center,” says the city.

Walk into this beautiful completely finished home with a finished yard where you'll enjoy the sunsets from your backyard! As you enter the home, you'll notice the beautif...

Fully occupied investment property on main street Rigby. The main floor is approximately 3200 sf with a 300 sf basement is occupied with a single tenant with a three year... 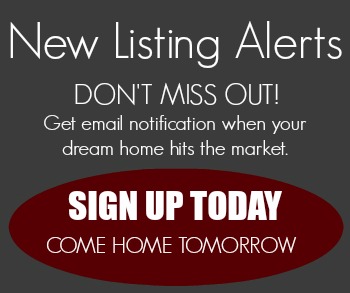